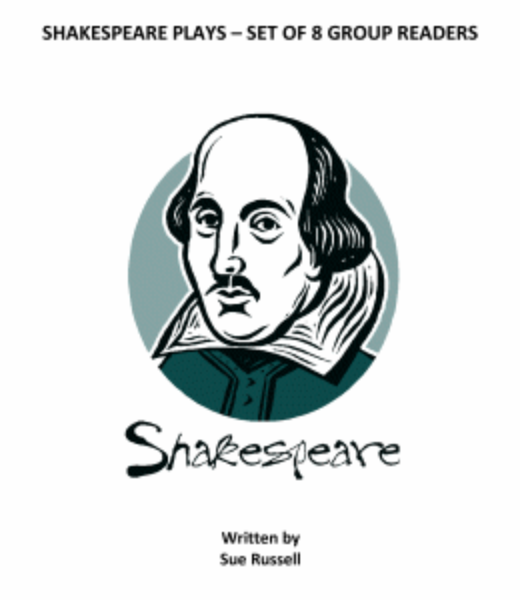 To place an order, please scroll down to the bottom of this page.

Sample Texts from Set of 8 Shakespeare Plays (no quizzes)

King Duncan:      Call yourself my general? Bah! Some man! Not even able to stand up to your own wife!

Demetrius:         Certainly very confusing, when you’re in love with one woman one minute, and someone else the next!

Sir Tony Belch:   But disguised as a page, Cesario.

Cambridge:         Even when he accused his young king of getting his soldiers to do all his dirty work?

Ambassador:     And being too young and inexperienced to be leading an army?

Catherine:           But that’s precisely what made Henry such a great king. He was prepared to listen to the common man, even if it was in criticism of himself.

Octavius:             Meaning that his life as a soldier, looking after his homeland, came to a lengthy halt, whilst his attentions were diverted elsewhere!

Octavius:             A sorry fate for such a man. Though my uncle, the great Julius Caesar, was also taken in by her winning ways.

Miranda:              By which you mean helping my dad’s brother, Antonio, to steal his dukedom? And then to put us on a boat to nowhere, in the hope that we’ll perish?