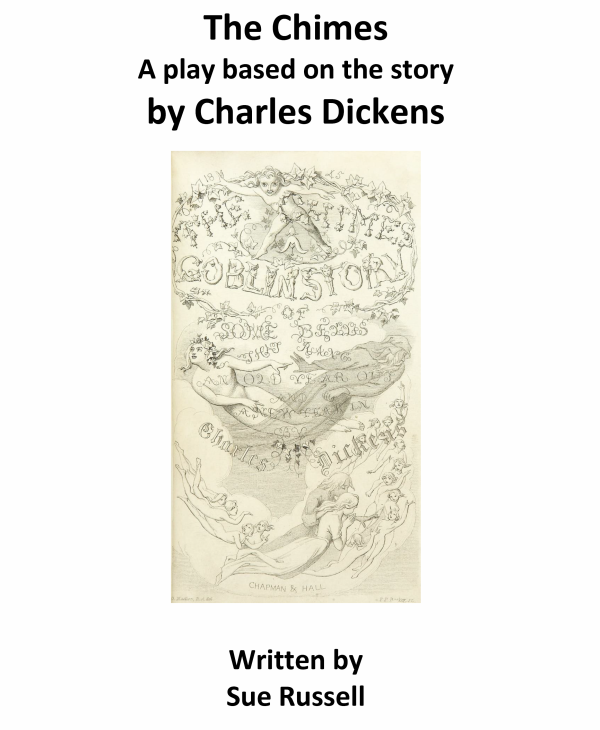 The Chimes – a play adaptation of the story by Charles Dickens

This is one of a series of plays based on Charles Dickens’ books, What the Dickens!

The Chimes – a play adaptation of the story by Charles Dickens

Cast of 20 (easily adaptable up or down) Duration around 25 minutes.

The Chimes is also available as a longer version of 45 – 50 minutes long as written for both performance on stage, and as a Readers Theater/Guided Reading Script; and adapted for radio.

The ‘goal’ of these plays is to provide a simplified version of Dickens’ stories whilst staying true to their original content. They are suitable for upper KSII and KSIII

Dickens:               Let’s just say he ruffled some feathers. He dared to suggest Lady Bowley’s idea of entertaining the lower classes, at one of her ‘charity events’, was not the total answer to providing ‘those lower classes’ with a future.

Dickens:               Exactly! So what better way for her ladyship to gain her rightful upper hand again than to make an example of one who dared to offend her?

Narrator:             To declare him a vagabond? Oh, sweet justice! Let’s see what other injustices our poor person’s father can bestow!

These are also available in Readers Theater format.