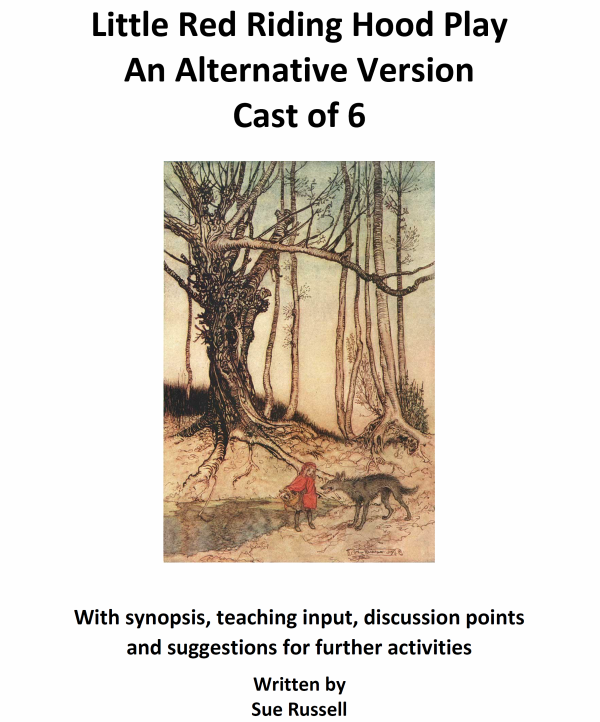 Little Red Riding Hood This play is one of a set of ‘alternative’ fairy tales based on those written by Brothers Grimm – but re-written, just as they did! The others include Rumpelstiltskin, Rapunzel, Hansel and Gretel and Cinderella – all very alternative!

This play (cast of 6) can be used for performance or as a guided reading text.

(Aside) Oh! This is even better than I thought! I’m an absolute natural. I can hear that phone ringing now ‘Would you be available to star in the West End next week? We’ve heard such glowing reports about ..’

Little Red Riding Hood:  Oh! OK. Now you come to mention it, they do need a bit of a clean!

I’ve been to enough bad school plays to realise you’re not the real thing!

Little Red Riding Hood:  But there’s a wolf in here! Can’t you see? And anyway, aren’t you meant to be unwell?

Little Red Riding Hood:  You’d best not say anything bad about my grandma!

(Grandmother grabs gun and points it at Narrator and Wolf)

Game warden:                  And that makes two of us, madam. I’d strongly advise you to put that gun away right this minute. Unless you want to be arrested for the illegal holding of fire arms.