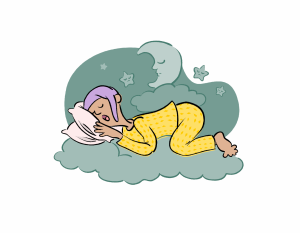 Midsummer Nightmare is, as the name suggests, just that – for its producer!

You’d think that putting on a summer camp production of A Midsummer Night’s Dream would be a doddle, right? WRONG! This particular production is the stuff of nightmares – as our hapless teacher is about to find out! Never in his wildest dreams would he have imagined the consequences of falling asleep whilst reading one of his favourite Shakespeare plays.

Estimated length of performance: 50 minutes (depending on dancing/singing time).

Love this quirky adaptation of one of Shakespeare’s classics! The students love it as well!

(Bottom and Flute stand on either side of Snout’s Wall, and make exaggerated whispering noises through the hole)

(Bottom and Flute back to the Wall)

(To Quince, in normal gruff voice) How am I doing?

(Flute flounces round to the other side of the Wall, Wall trying to block him)

(Flute scuttles back to his side)

(Pauses, trying to remember his words)

Hippolyta:           Oh dear! It would seem we are still attending the rehearsal!

(Snug rushes back onto the stage, roaring. All women scream)

(Starveling swinging lantern in front of her face)

How I long to see Pyramus!

(Quince, clutching his head in his hands) No! No! No! Not yet! Where’s that wretched lion? You come on after him, remember?

(Bottom exits, Snug rushes on roaring at the top of his lungs – ending in a coughing heap on the ground)

(Everyone falls about laughing)

(Quince passes Snug an inhaler, which he proceeds to use, noisily – breathing eventually returns to normal)

(Drops veil behind, which Snug picks up, applies a little tomato ketchup, and then drops back on the ground, before exiting)

(Everyone looks around expectantly)

(Bottom rushes on and scoops up ‘bloodied’ veil)

(Throws himself around stage, with agonized wailing)

Ah me! Ah my! Thisby? What has happened to you?

(Quince grabs Flute before he has a chance to race back onto stage, hissing “Wait!”)

My part is over!